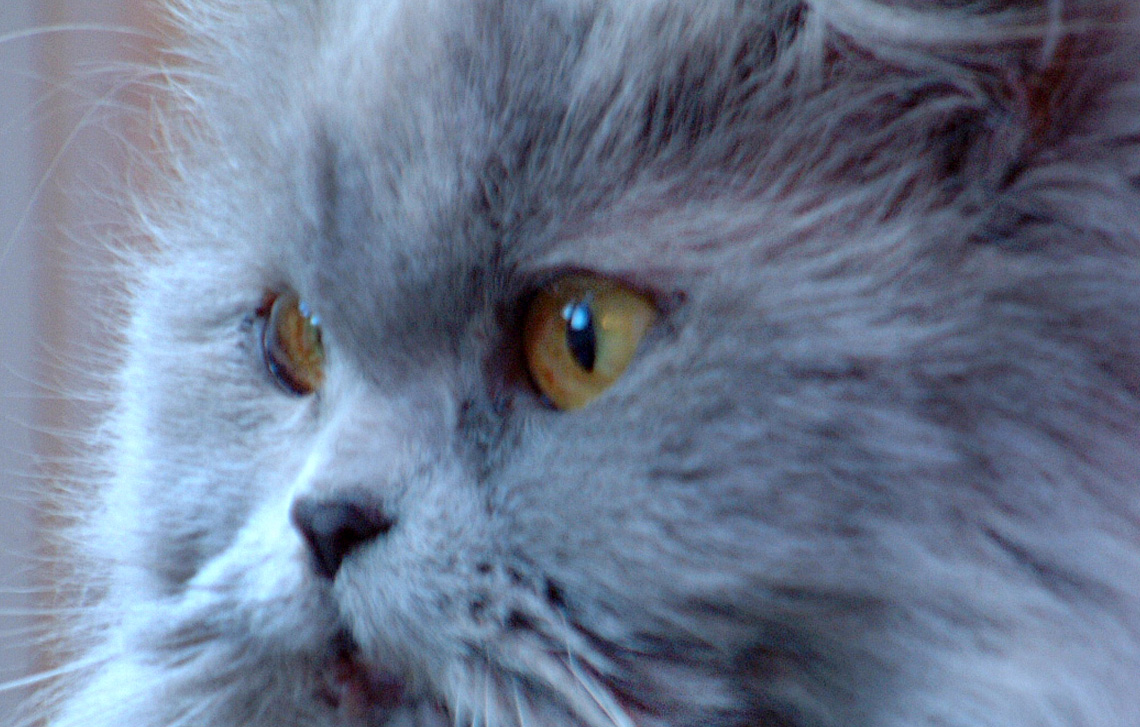 Thank you so much for seeing Benson today. It was great to hear that he is doing OK and its so nice to bring him to people that like cats too. It means a lot to us.

Thank you so much for seeing Benson today. It was great to hear that he is doing OK and its so nice to bring him to people that like cats too. It means a lot to us. So thank you.”

Benson’s Story told by the Dukes

We wanted a cat, in particular a rescue cat that we could give a loving home environment to.

So we trolled off to the RSPCA along the A23 just outside Brighton and as soon as we saw this little ball of fluff, we fell in love.

Goodness only knows what ill fate had befallen him prior to our rescue, but I imagine that his first 6 months were quite an ordeal.

He was the runt of the litter and so maybe not the best looking Persian as he is a bit smaller for his breed. He also had glaucoma in his eyes and a patch of fur missing from his bottom lip – do cats have lips?

He also was frightened and anything that moved or made a sound and did not like men.

He was originally called “Smurf”. So we instantly changed that to a name that would make him feel important – like Benson.

It took a while for him to build up his trust in us, and now his true character has emerged. We sometimes call him “His Eminence” as he is very impatient if he wants something and has us running around after him.

And like most cats he has the manic minute when he charges around the house for no apparent reason, with his ears like radar and eyes big and round howling at the moon from the top of the stairs. And despite being on the wrong side of every door, jumping in open draws, annoyingly smelling your feet, laying accross the stairs, and not coming when you want him too – we love him dearly.

Now 17 years on, he is a bit creaky, and a bit loose at the seams (bagpuss) still howls at the moon and a little bit grumpy, but then I guess we all get that way – apart from the howling. 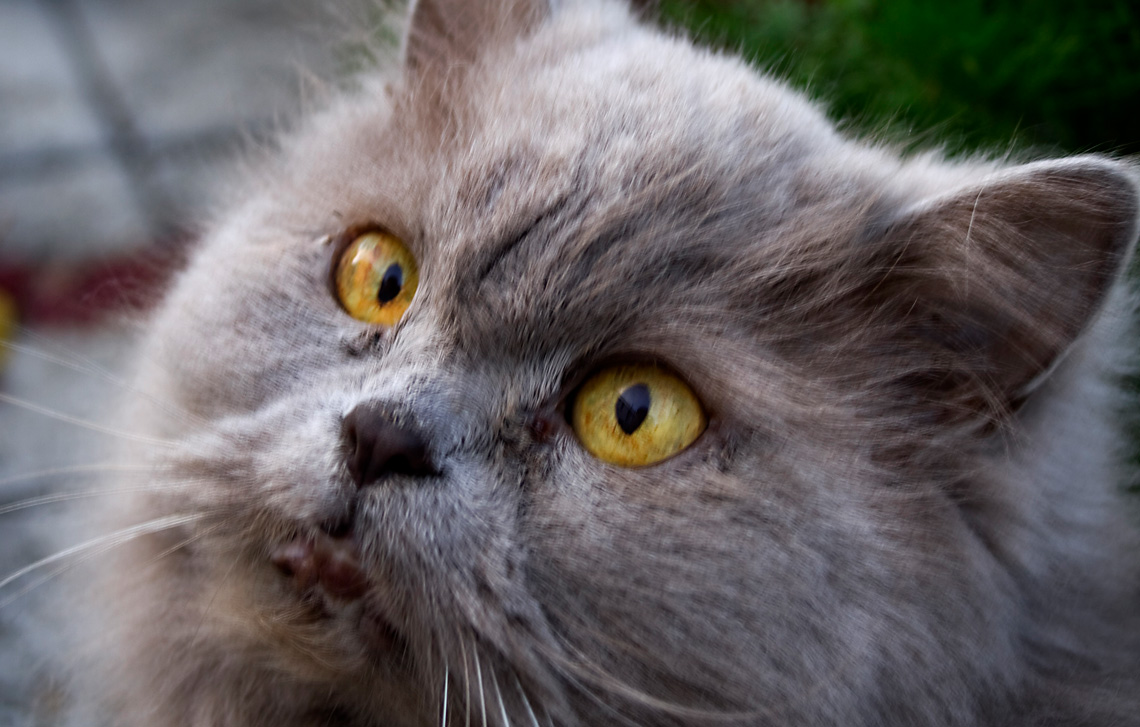 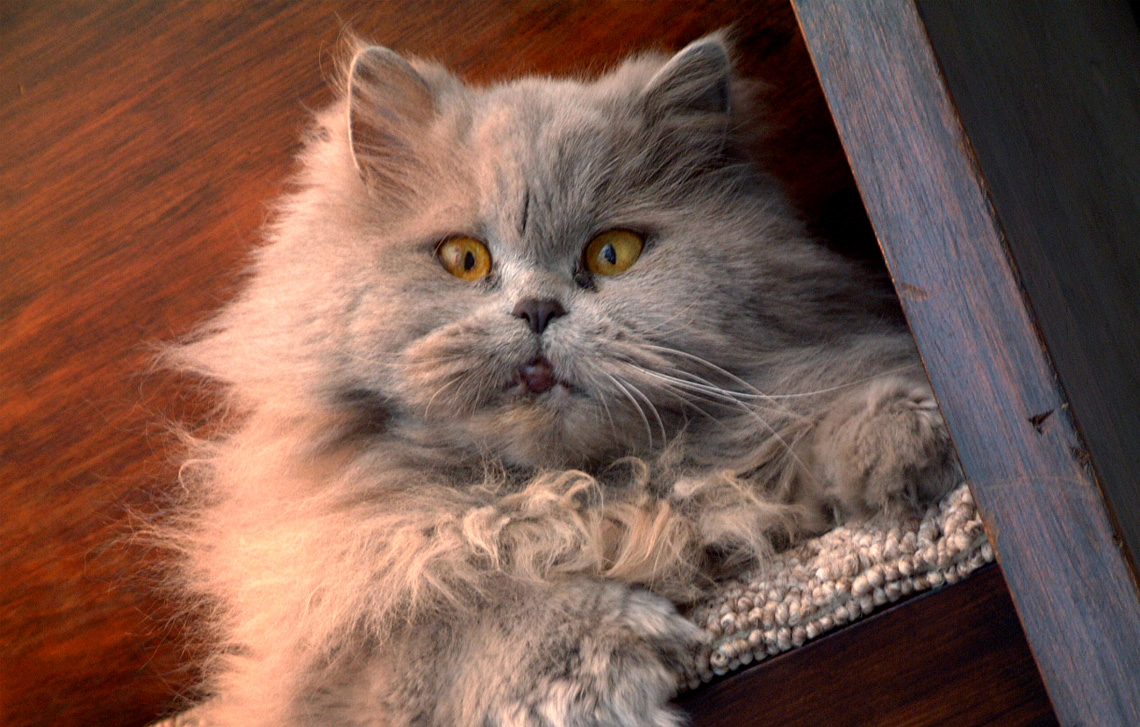